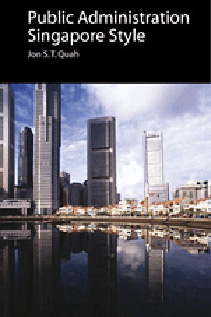 Singapore was ranked first for the competence of its public officials from 1999 to 2002 by the Global Competitiveness Report. While research has been done on various aspects of public administration in Singapore, there is to date no comprehensive study of the Singapore Civil Service and the statutory boards and their contribution to the attainment of national development goals. The aim of this book is to rectify this gap in the literature by providing a detailed study of public administration. The book’s main conclusion is that the nature and success of public administration in Singapore results from the combined influence of Singapore’s context and the various policies introduced by the People’s Action Party (PAP) government since it assumed office in June 1959, over 50 years ago.

This book will be of interest to those who are contemplating a career in the Singapore Civil Service or one of the many statutory boards, as well as scholars, practitioners, and students interested in drawing lessons from the Singapore experience.

The Author
Jon S. T. Quah Ph.D., is an anti-corruption consultant based in Singapore and a Vice President of the Asian Association for Public Administration. He was Head of the Department of Political Science (1992-1998) and a Professor of Political Science at the National University of Singapore until his retirement in June 2007. He was a visiting scholar at the Harvard Yenching Institute, Harvard Institute for International Development, Institute of Governmental Studies at the University of California at Berkeley, and the Asia-Pacific Research Center at Stanford University. He has published widely on anti-corruption strategies and civil service reform in Asian countries. His major publications include: Combating Corruption Singapore-Style (2007), Curbing Corruption in Asia (2003), In Search of Singapore’s National Values (1990), Friends in Blue (with Stella R.Quah) (1987) and Government and Politics of Singapore (with Chan Heng Chee and Seah Chee Meow) (1985). 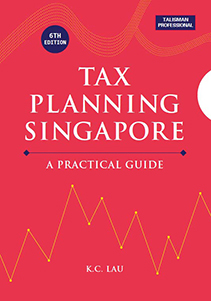