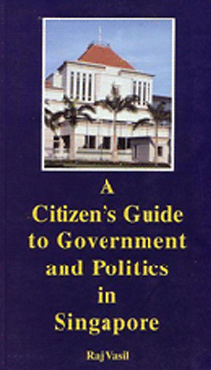 A Citizen’s Guide to Government and Politics in Singapore, presents a layman’s guide to the background and development of a unique political system. Singapore’s remarkable economic success, achieving First World status within a generation of independence, has been something to marvel – for its citizens and its critics. Dr Raj Vasil, a keen observer of the island state for over 50 years, provides useful answers as to why Singapore has succeeded where many other newly independent countries failed. Drawing on personal observations and research over the period Vasil explains how the key elements of economic and social development have been crucial to the realisation of a grand design for modern Singapore as laid out by Lee Kuan Yew and his PAP colleagues. In this new book, Vasil charts the development of political process and effective governance from crown colony to independent state; merger and separation from Malaysia; major government initiatives and social campaigns; political opposition and the electoral process; and the management of ethnicity.

A Citizen’s Guide to Government and Politics in Singapore will be an invaluable aide to students and teachers, the business and diplomatic community and citizens at large.