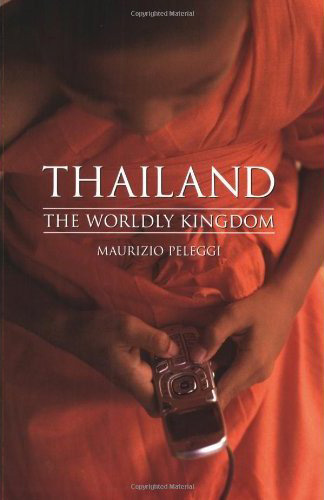 From the mythical tropical paradise in Alex Garland’s “The Beach” to the infinitely darker world of sexual tourism in Michel Houellebecq’s “Platform”, Thailand has been cast as an exotic East Asian pleasure park in which Western fantasies can be indulged to excess. But this tourist Thailand conceals a people with an intricate and fascinating history. Maurizio Peleggi unravels the social and cultural mysteries of this extraordinary country, charting the origins and identity of the Thai nation, mapping the geographical, linguistic and ethnic diversity of the territory that at the turn of the nineteenth and twentieth centuries came to form modern Thailand. He shows how Thai identity has been reinvented from within through a repackaging of its heritage in magazines, cinema, novels, art and the mass media. He goes on to explore how the Thai people relate to the outside world: their prototypical enemies, the Burmese; the southern Chinese immigrants; and, above all, the farang – Westerners – who have been involved in the region since the seventeenth century and yet remain, for the Thais, the quintessential ‘other’. He also discusses the future of Thailand after the tsunami devastated much of the country. This is a thematic account of a complex and ancient people, which is deeply informed by the author’s knowledge of Thai history, politics and culture.