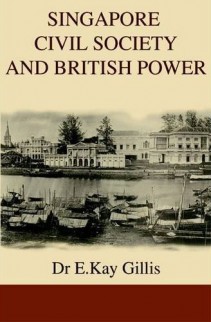 “Singapore Civil Society and British Power” is the first broad look at the associational activity that took place from 1819 to 1963 and how it influenced British public policy in Singapore. From the early days of the East India Company through to independence, residents were prepared to form associations to further their causes using political means. Dr. Gillis traces the ebb and flow of civil society and argues with convincing evidence that it made an important contribution to the economic, political and social development of Singapore. This is a chronological study covering six periods in Singapore’s history from the establishment of Raffles’ trading factory in 1819 to the end of the British era in 1963.